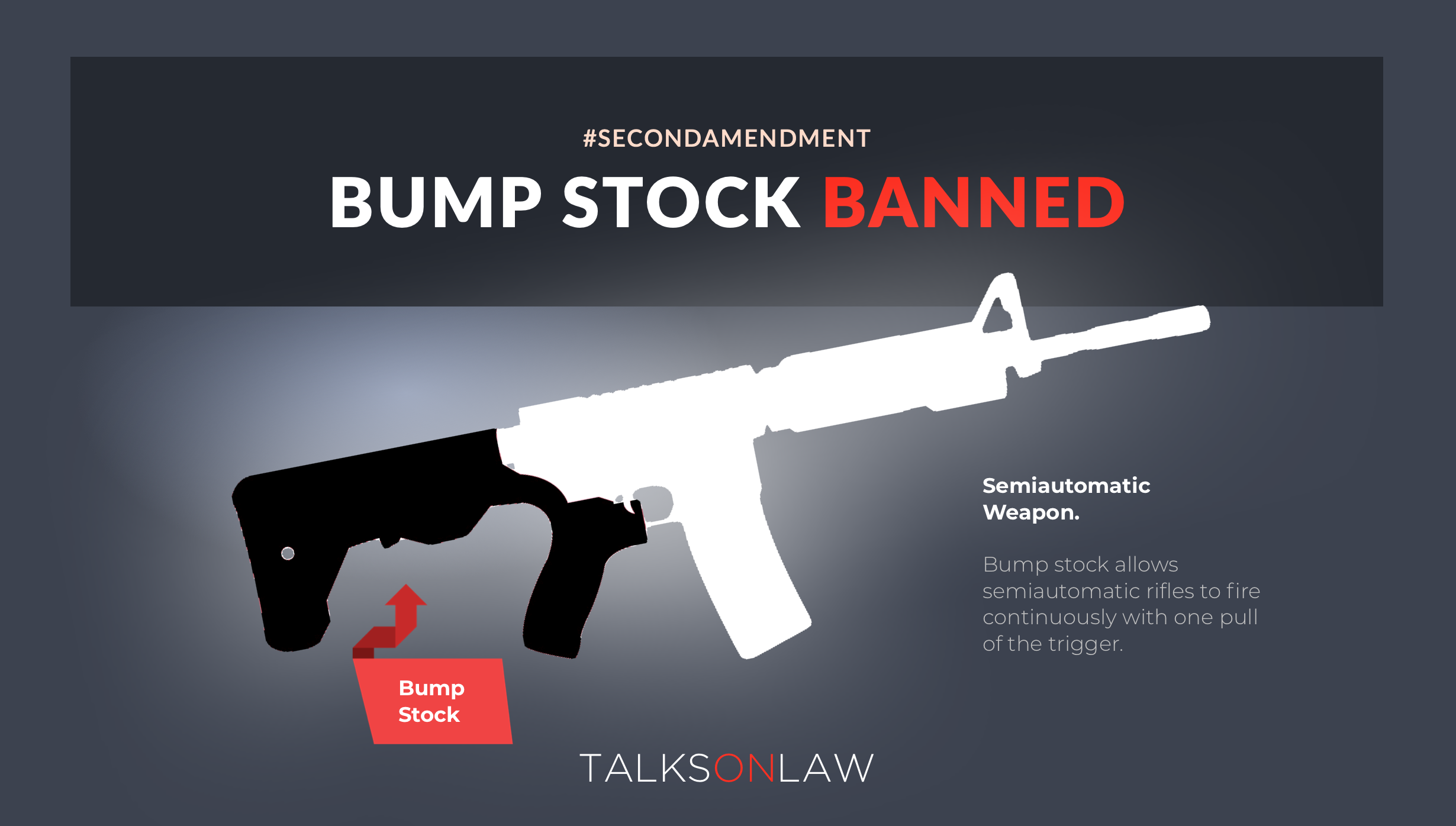 The federal ban on bump stocks is officially law as of March 26, 2019.  Bump stocks modify semiautomatic rifles, allowing them to fire continuously with one pull of the trigger.  Back in December 2018, the Dept of Justice provided owners with 90 days to turn in or destroy their bump stock before banning them outright.  Bump stocks are now included within the federal definition of a "machinegun" in the Gun Control Act (GCA) and the National Firearms Act (NFA). Possessing them can result in fines and a prison term of up to 10 years.