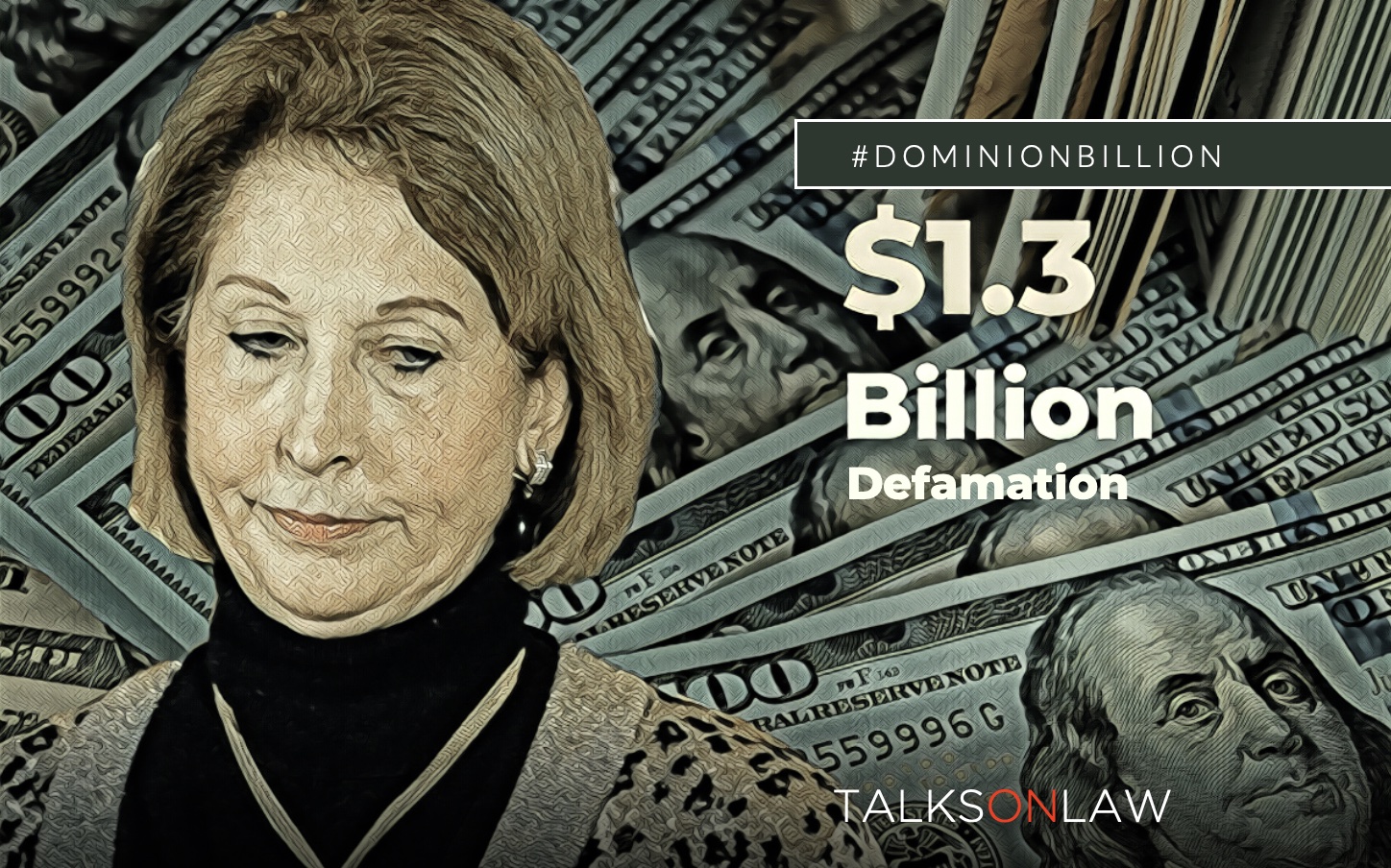 Lawsuit of the Week.

In a 100-plus page complaint, Dominion cites Powell's claims that their voting machines were used to flip votes from President Trump to President Elect Joe Biden in Georgia. The lawsuit highlights and argues "demonstrably false" statements including that:

According to the lawsuit filed by attorneys for the law firm Clare Locke LLP, such "wild accusations" caused significant harm to Dominion and its employees including multiple death threats.  The company is seeking $1.3 billion in compensation.