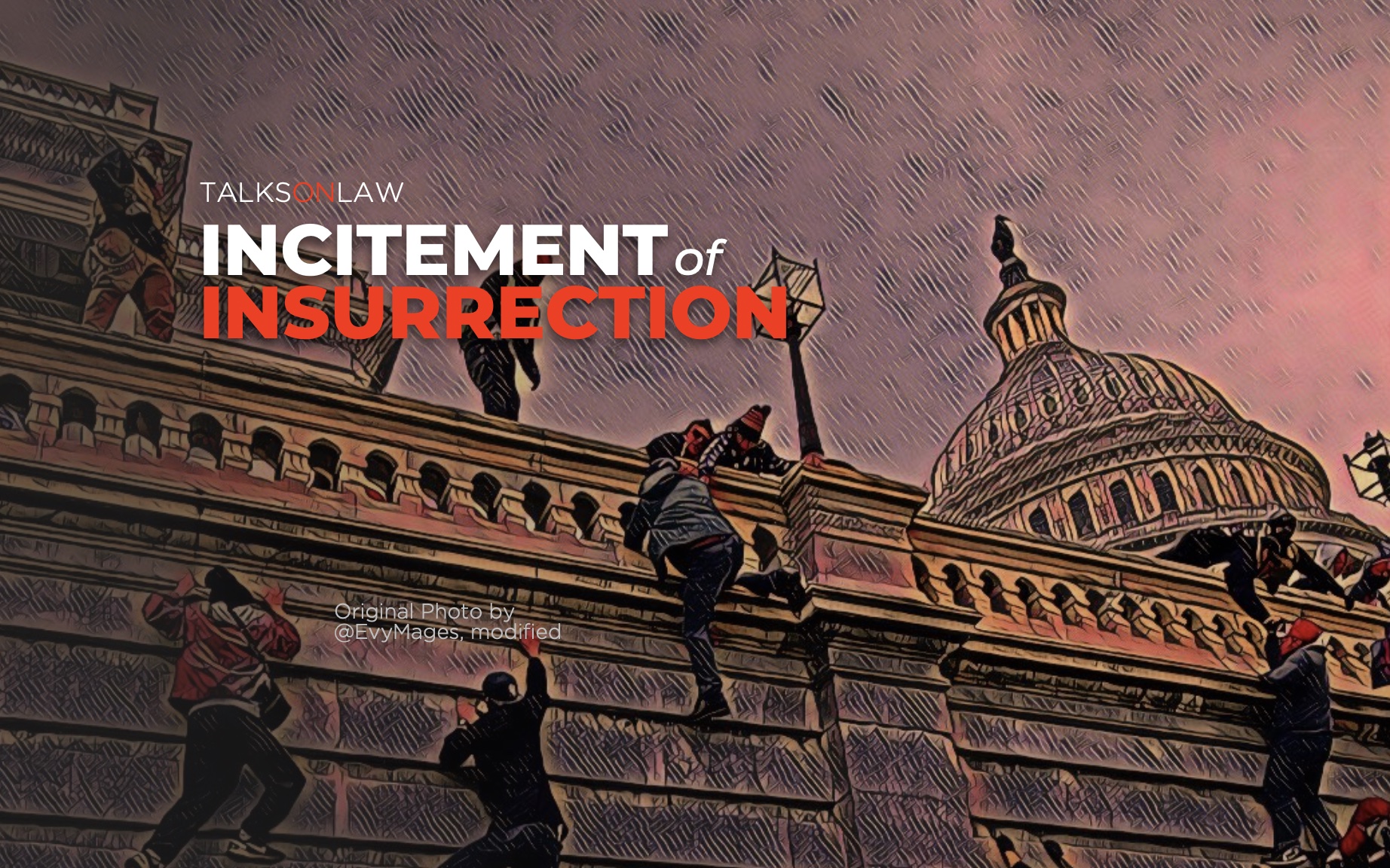 What is incitement of insurrection?

First off, it’s good to remember that “high crimes and misdemeanors” don’t actually have to reflect federal or state crimes. In fact, it is up to Congress to judge whether the actions qualify under the Constitutional standard. In this case, the House defined a crime of incitement of insurrection, and they looked to the 14th Amendment for legal support.

“Insurrection or Rebellion” under the 14th Amendment

Section 3 of the 14th Amendment prohibits any elected official who, after swearing an oath to support the Constitution of the United States, goes on to engage in “insurrection or rebellion” from holding any further elected office. The 14th Amendment provision offers Congress a path to completely ban someone from future politics at both the state and federal levels. By drawing on this provision, the drafters are preparing to make the case that not only should President Trump be impeached, but he should be blocked from future office. The 14th Amendment ban is permanent and can only be removed by a two-thirds vote of both the House and Senate, or by amending the Constitution itself.

To support the claims, the January 11 Articles of Impeachment describe the President’s unsubstantiated claims that he in fact won the election and his attempts to subvert the Presidential election results in the state of Georgia. The Articles present as evidence his call to the Georgia secretary of state, Brad Raffensperger, asking him to “find” enough votes to change the state’s election results. Finally, the Articles describe in some detail the President’s “inciting” actions on January 6th – encouraging the crowd to violence. The Articles quote the President saying, “If you don’t fight like hell, you’re not going to have a country anymore,” speech that “encouraged––and foreseeably resulted in––lawless action at the Capitol.”

As Rowland explains, for speech to be considered outside the protection of the First Amendment, it must create an immediate risk of harm to a specific, indentifiable person or group. The bar is extremely high by design, and the seminal incitement doctrine Supreme Court cases that Rowland discusses reveals why that is.