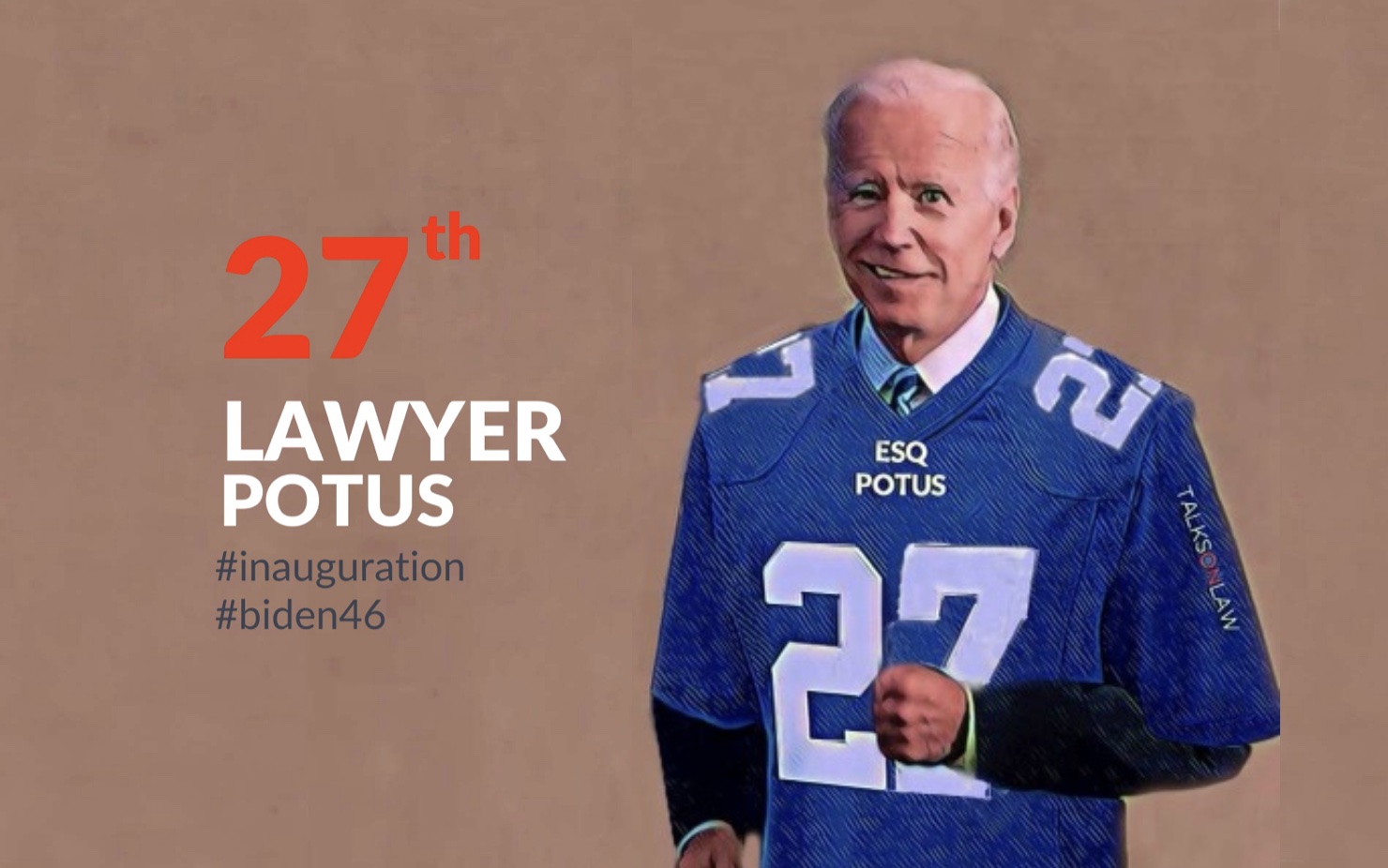 On January 20th, 2021, Joe Biden took office as the 46th POTUS, but he also added his name to a long list of attorney predecessors––26, to be exact. He earned his J.D. degree from the College of Law at Syracuse University in 1968. His Vice President, Kamala Harris, a long-time prosecutor, graduated from UC Hastings Law in 1989.

In all, Biden became the 27th attorney out of 45 presidents (not out of 46 because Grover Cleveland took office for two non-consecutive terms as both the 22nd and 24th president). For those who are counting along, the following presidents were lawyers:

A Variety of Lawyer Presidents

From law professors, to litigators, to Supreme Court advocates, lawyers have served in the highest office for over 130 years and brought with them a variety of legal experiences. Taft, Wilson, Clinton, and Obama all had a special understanding of their Article II powers as former constitutional law scholars. According to the ABA, Harrison, Taft, Quincy Adams, Polk, Garfield, Cleveland, Nixon, and Lincoln all argued before the Supreme Court. Taft, in addition to being the 27th president, served as Chief Justice of the nation’s top court. Other presidents were prolific attorneys. John Adams, for example, was one of the foremost American litigators, and Lincoln drew on legal insights amassed from the staggering 5,000+ cases in which he was involved.

A Nod to the Non-Lawyer Presidents

Though this publication admittedly is enamored with the law and those that practice it, we do recognize the number of presidents who have served our nation's highest office without the benefit of legal training. While lawyers may wish we could claim Washington, the Revolutionary War hero instilled a respect for the law but did not practice it professionally. He joins a list of POTUS generals along with Grant, Jackson, Eisenhower, Harrison, Garfield, Hayes, Johnson (Andrew), Arthur, Pierce, and Taylor (underlined names hit the trifecta: lawyer, general & president). Other presidents have been notable farmers, businessmen, and actors. Any doctors in the White House, you ask? Our MD readers can take some solace that our shortest-serving president, William Henry Harrison, attended some courses at the University of Pennsylvania Med School before dropping out.