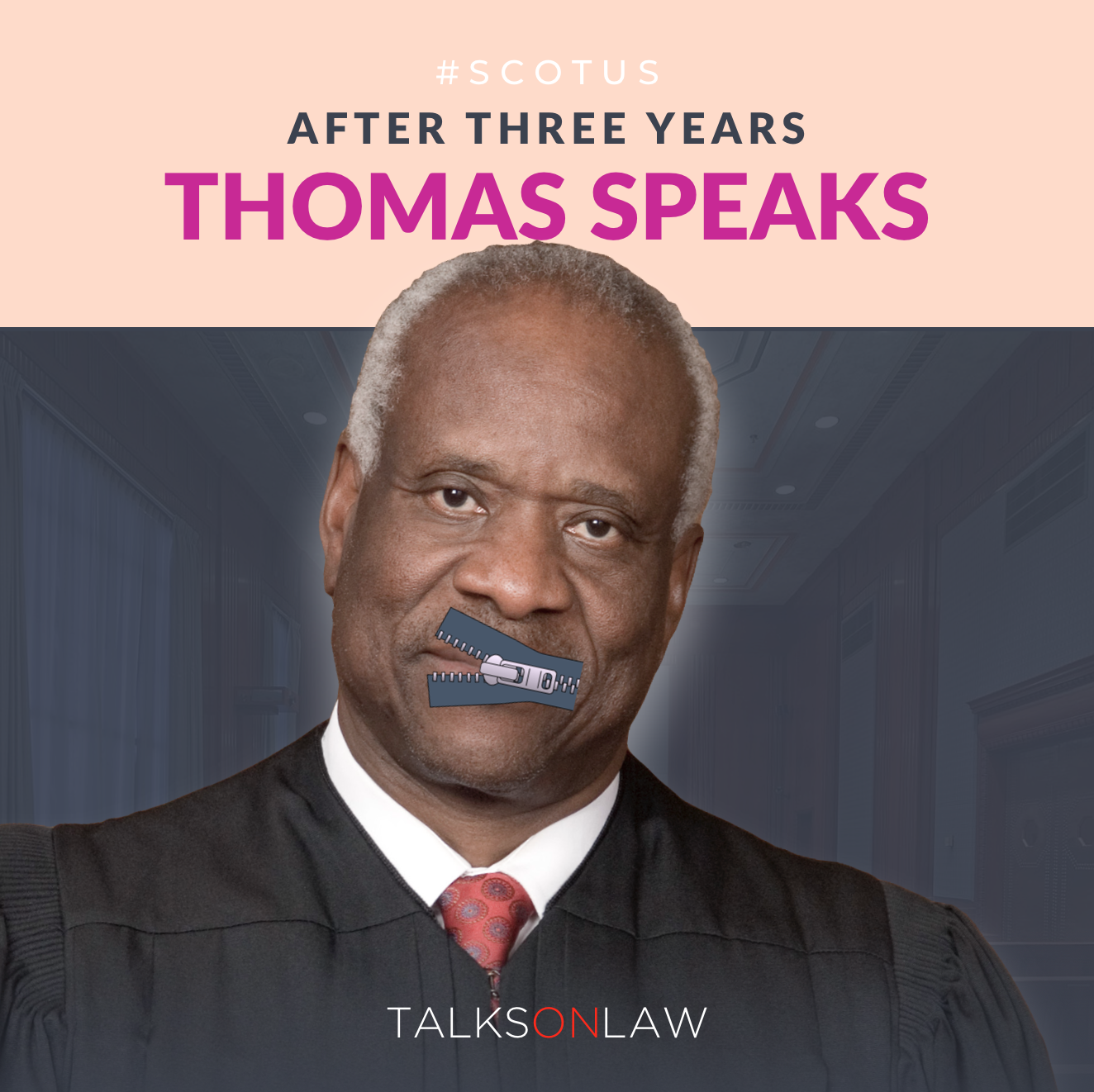 Justice Thomas breaks a silence of over three years at the high court. The case involves racial bias in jury selections. Curtis Flowers, tried 6 times for the same murder charges, was convicted after the prosecutor was alleged to have repeatedly removed jurors for being black, violating the so-called Batson rule.

What did he ask? He asked about whether jurors were excluded from the 6th trial by the defense and if they were white or black. They were white...