What Is “Reading the Law,” Kim Kardashian's Law Study Apprenticeship? 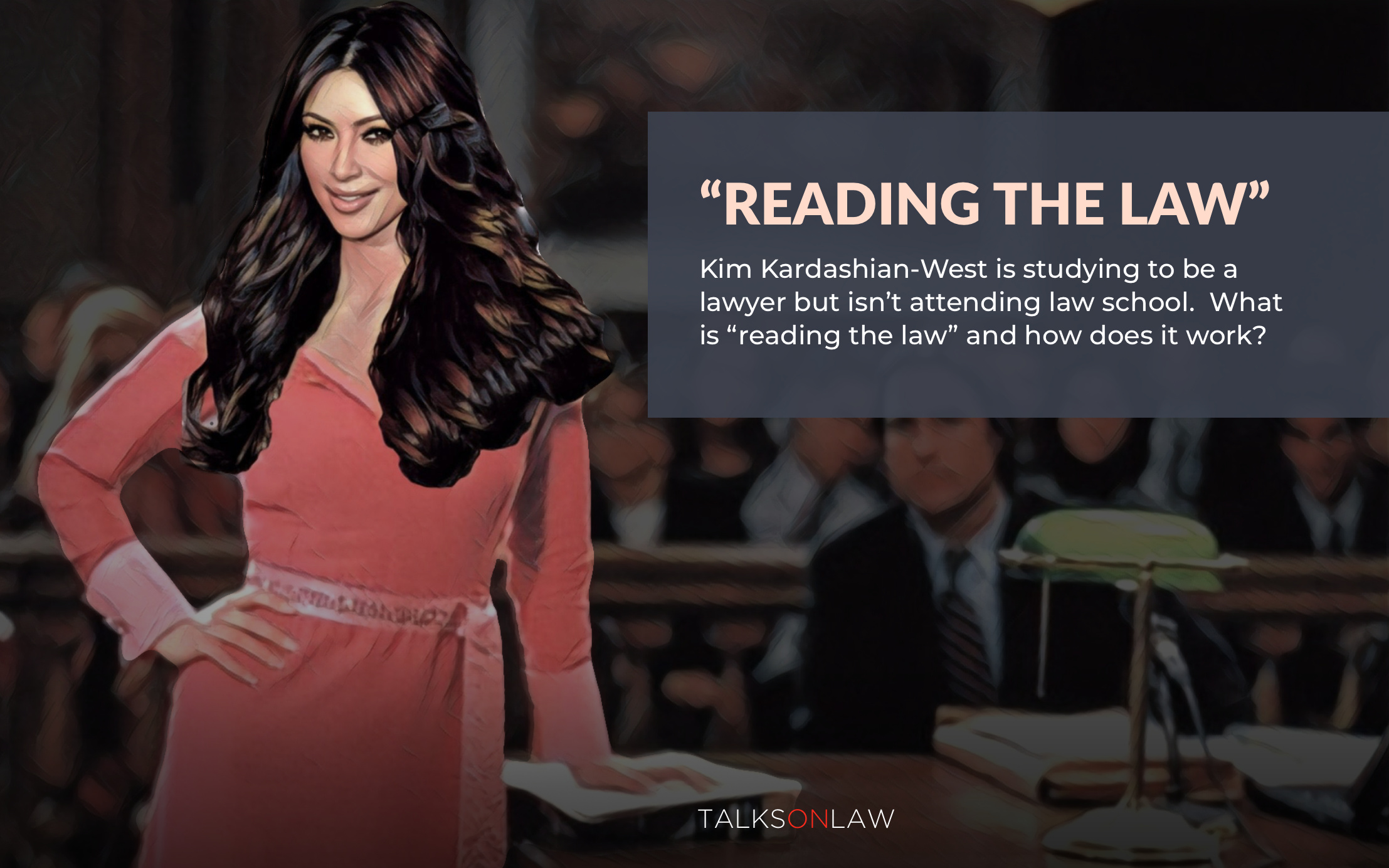 When media personality Kim Kardashian-West announced to her loyal following that she was studying to become a lawyer without attending law school, many of you asked "HOW?" (and some asked "why," but that’s for another day). How can you become a lawyer without attending law school or, in Kardashian’s case, without a college degree? We are here to explain. Kardashian’s path to lawyerdom is sometimes called “reading the law,” which, while exceptionally rare today, was once the norm.

WHAT IS READING THE LAW?

So first, what is “reading the law?” Basically, it’s a JD via apprenticeship but without the actual degree. In her case, Kardashian will need to spend at least four years studying with a practicing lawyer or judge to be eligible to take the California bar exam in 2022.

In the 1700s and 1800s, “reading the law” was the normal path of entry into the legal profession. Some of the greatest lawyers in American history––Abraham Lincoln, John Adams, John Marshall—became lawyers this way. But with the advent of law schools in the 1870s, the number of lawyers-via-apprenticeship dwindled. In 2015 (the last year we found numbers), of all the attorneys who passed the bar in the US, only 13 were admitted via apprenticeship.

WHERE CAN LAWYERS STILL READ LAW?

Today, only four states continue to permit legal apprenticeship, and lucky for Kardashian-West, California is one of them. California, Virginia, Vermont, and Washington allow aspiring lawyers to take the bar exam by following this particular course of study. The amount of time required under the tutelage of the supervising lawyer varies by state, as do the specific rules surrounding hiring practices. In Washington, the apprentice must be hired by their supervising attorney, while in Virginia, this is strictly forbidden.

CALIFORNIA RULES AND THE "BABY BAR"

So what does Kardashian have in store? In California, there are some additional steps required. For example, at the end of year one of her apprenticeship, she’ll have to take the First-Year Law Students' Examination, affectionately referred to as the “baby bar.” (Students who attend ABA-accredited law schools are exempt from the baby bar.) She will also have to file regular reports to the CA state bar of her progress. Looking to skip out on steep law school tuition or just curious about the rules in California? Read on here or here (Rule 4.26).