What Does the Cole Memo Mean for Marijuana? 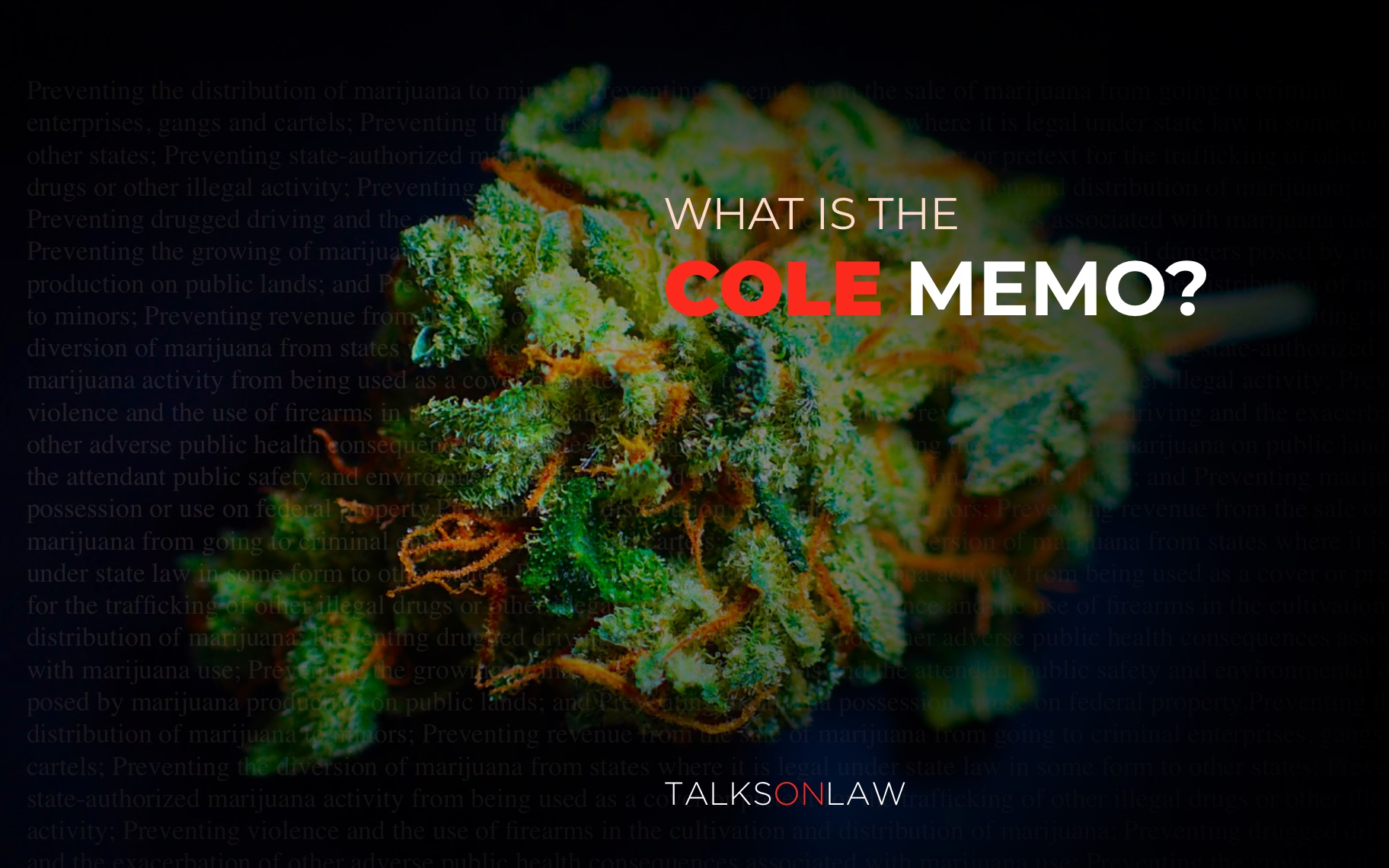 WHAT IS THE COLE MEMORANDUM?

On August 29, 2013, the Department of Justice issued the now infamous Cole Memorandum, signaling a shift in federal law enforcement policy on marijuana in America. While the memo (signed by then United States Deputy Attorney General James M. Cole) reiterates the view that marijuana is a “dangerous drug” and federally illegal under the Controlled Substances Act, it provided some comfort to the cannabis industry by offering some restraint in terms of enforcement of the prohibition.   Specifically, the memo provided guidance to federal law enforcement regarding crimes relating to the cultivation, distribution, sale, or possession of marijuana in states that have legalized the drug. The Cole Memo advises federal prosecutors to refrain from marijuana prosecutions in states that have legalized cannabis with eight exceptions:

On January 4, 2018, then Attorney General Jeff Sessions revoked the Cole Memorandum with his own memorandum to all federal prosecutors.  In his 2018 memo, Sessions refers to the historical record of prohibition and “serious penalties” for marijuana crimes before repealing the Cole Memo.  In doing so, Sessions returns discretion to federal prosecutors to do as they see fit.  In our interview on the cannabis industry with cannabis law expert David Feldman, he notes that while the Sessions Memo signaled an official shift in policy, there was little practival change as federal prosecutions did not follow.

THE COLE MEMO UNDER A.G. BARR

The current Attorney General, Willam Barr, has provided some additional comfort, if not deference to the precedent established by the Cole Memo.  In his senate confirmation hearings, Barr gave some direct assurance stating, “I’m not going to go after companies that rely on the Cole Memorandum.”   According to Feldman, this has held true in practice as the federal government continues to show the restraint indicated by the Cole Memo––which while not official policy appears to refect the attitude of federal law enforcement.

For the full interview on federal law governing marijuna and investment in the cannabis industry, click here.