Who was John Rock? 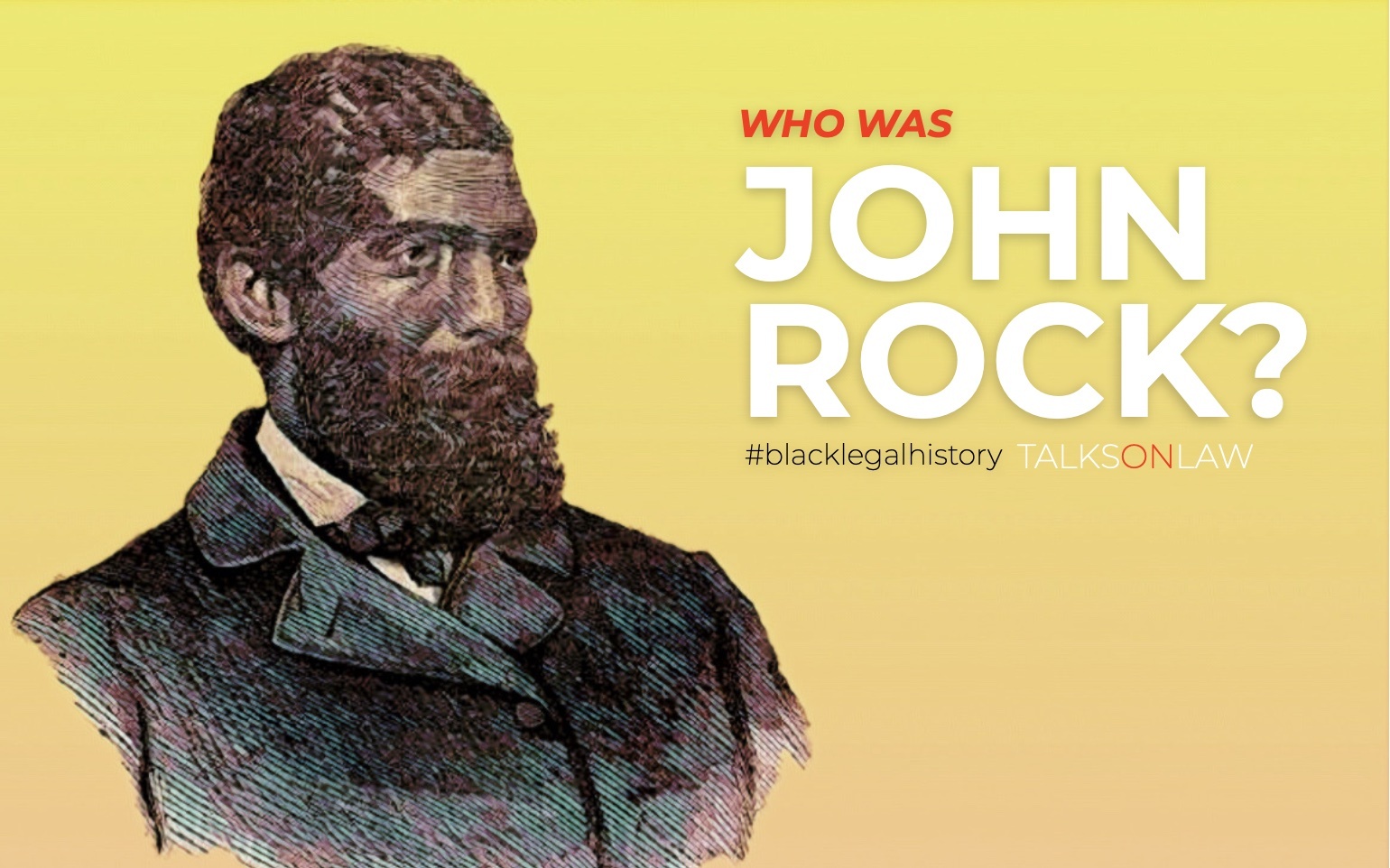 The First Black American Admitted to the SCOTUS Bar

John Rock was a pioneer not only in the legal profession but also in teaching, medical, and the abolitionist movement. Rock first turned to dentistry after initially being denied entrance to medical school. He earned his medical degree in 1852 to become one of the first African Americans to do so. He set up his practice in the African American community of Beacon Hill in Boston, Massachutes where he provided free treatment to fugitive slaves.

After becoming incredibly ill, Rock tried to obtain a passport to receive treatment in France. However, the infamous 1857 Supreme Court decision of Dred Scott v. Sanford denied citizenship to African Americans and deemed the Missouri Compromise of 1820 unconstitutional. Because of the citizenship ban, Rock was denied a passport. In defiance of the Scott decision and federal laws, the Secretary of the Commonwealth of Massachusetts issued Rock a passport, designating him a citizen of the Commonwealth.

Motivated by the injustice of Dred Scott, Rock left his medical practice to pursue a career in law. In 1861—the same year the Civil War began, and only 17 years after Macon Bolling Allen, the nation’s first black attorney, John Rock became an attorney.

In 1865, only one day after Congress ended slavery by passing the Thirteenth Amendment, John Rock was admitted to the Supreme Court bar by an act of Congress. As the New York Tribune put it contemporaneously:

The sight was grand…. The grave to bury Dred Scott decision was in that one sentence dug; and it yawned there, wide open, under the very eyes of some of the Judges who had participated in the judicial crime against Democracy and humanity. [February 1865]

Even on the day that he was admitted before SCOTUS he was forced to confront the deep racism of the times when (according to an article published by the National Constitution Center) Rock was arrested on his way to the high court for failure to demonstrate that he was not a slave.

John Rock never got to argue before the Supreme Court of the United States. He died of poor health in 1866, just a few years before the Fourteenth Amendment was ratified. Despite his early death at 41, Rock was an agent of change who fought for equality and justice. 14 years after John Rock’s death, Samuel R. Lowery, Esq. continued Rock’s legacy and became the first black lawyer to argue a case before the United States Supreme Court in 1880.