Will Smith Slapped Rock – What Laws Are Implicated? 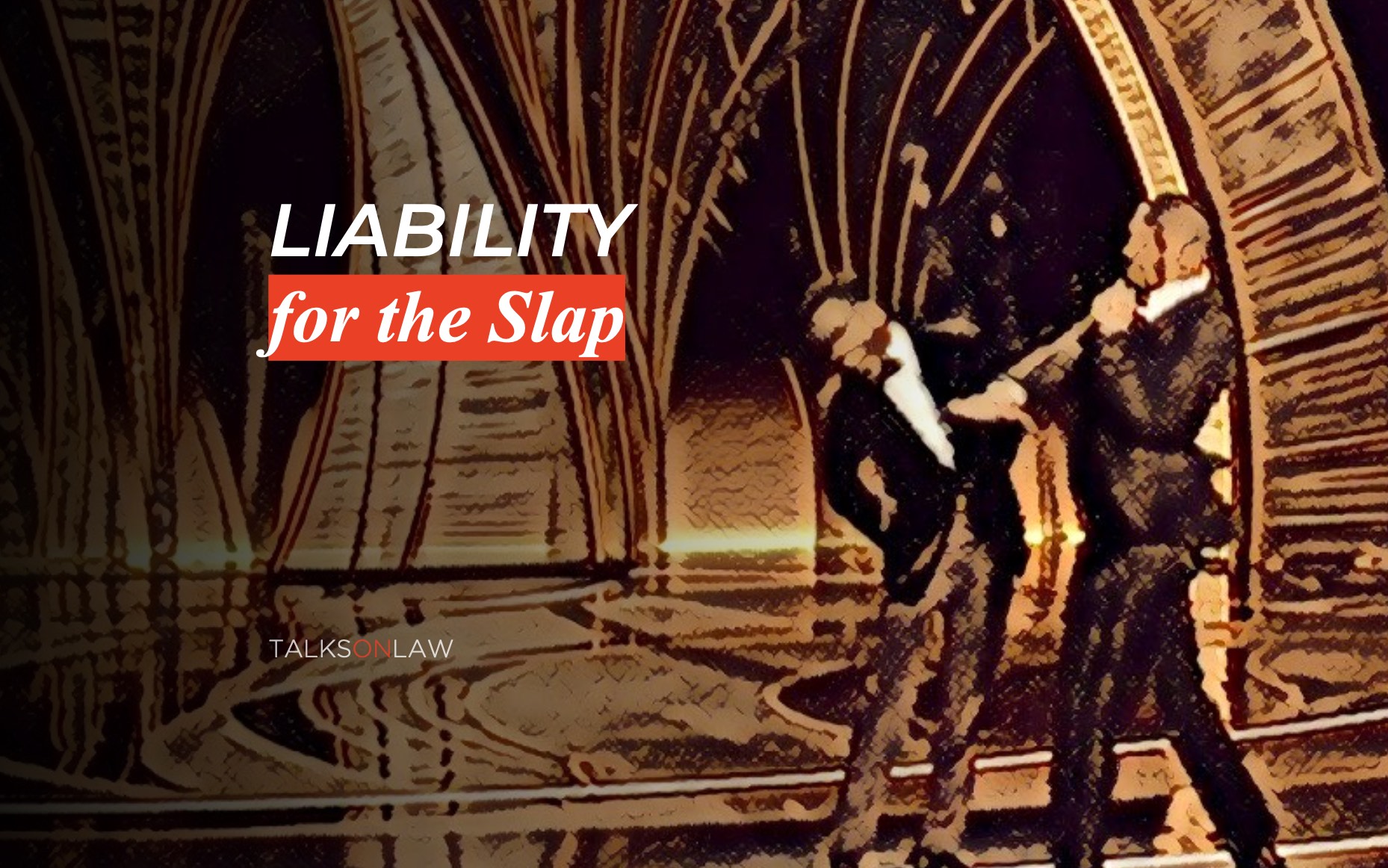 Legal Liability for the Slap

At this year’s Academy Awards (March 27, 2022), the surprise of the evening was a literal hit. During the ceremony, and very much on camera, Will Smith walked onto the stage and slapped Chris Rock after Rock (one of the evening’s presenters) made a joke about Smith’s wife’s haircut  — “Jada, can’t wait for G.I. Jane 2.” In this post, we’ll take a quick look at the criminal and civil liability that this raises.

Will Smith hitting Chris Rock — what crime was committed?

Can Will Smith be held criminally liable for slapping Chris Rock? In California, slapping another person is a form of criminal “battery.” Battery is defined under California Penal Code Section §242 as “any willful and unlawful use of force or violence upon the person of another.” A misdemeanor battery (or “simple battery”) can carry a penalty of up to a $2,000 fine, six months’ imprisonment, or both (Penal Code Section §243).  If serious bodily injury occurs, it is a felony and the penalties increase significantly. While Rock didn’t appear to be seriously injured by the interaction, if he had been knocked out or sustained broken bones, a felony charge could follow with the possibility of years of prison time.

What is the statute of limitations for criminal charges against Will Smith?

In California, the statute of limitations for simple battery is one year. Prosecutors have discretion to bring charges and will often only proceed with a case of simple battery when the victim has pressed charges (making a formal statement to the police describing the crime). At the time of this writing, Rock has not filed a police report.

Can Chris Rock sue Will Smith for civil battery?

Independent of any criminal case, can Chris Rock sue Will Smith for civil battery? The short answer is yes. Under California law, a successful civil battery case would need to demonstrate four things.

All four prongs are likely demonstrable in this case, particularly since it was captured by multiple cameras and published internationally. Calculating damages, however, may prove more challenging.

What would the civil damages be if Rock sues Smith?

Beyond physical injuries, Rock’s attorneys could seek to recover non-economic damages (pain and suffering, mental turmoil, etc.). Rock’s team could also claim professional damages and/or lost earnings. Lost earnings may include paid work being canceled or postponed as a result of the battery. For example, if Rock was unable to begin taping on a new action movie because of neck injuries and the role was recast (or if he was replaced because the project didn’t want to be associated with the incident), those losses could potentially be added to the damages sought in a civil case.

Under California Code of Civil Procedure §335.1, Rock has two years from the date of the incident to file a civil case.