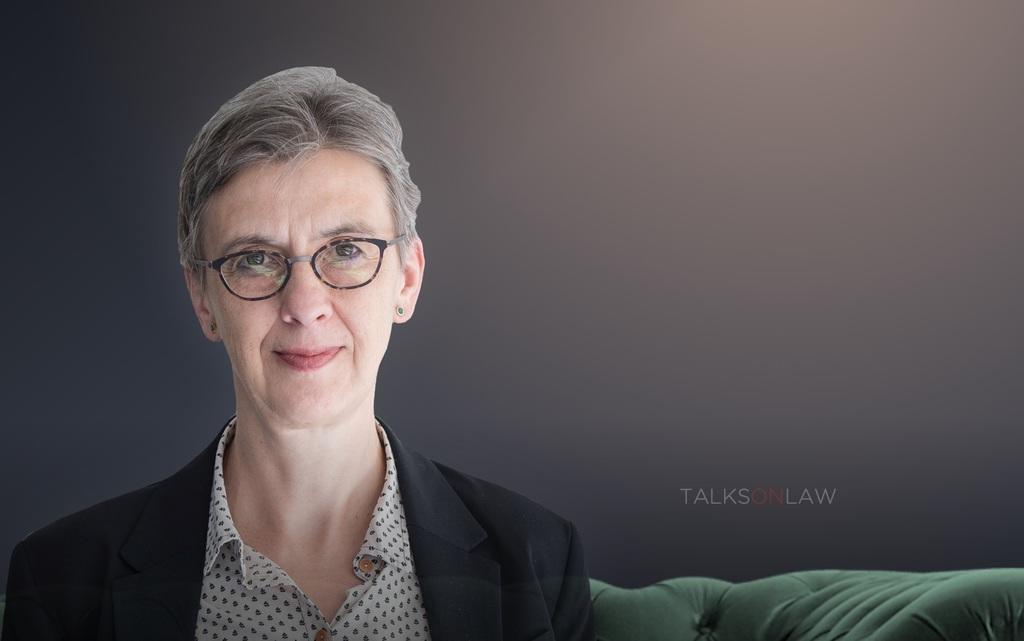 “ We have organized our lives so much in legal commitments that we’ve made to one another.… When a crisis like the pandemic comes along, all of a sudden, that system is thrown up in the air, and we’re all trying to reconfigure where we stand. ”

Katharina Pistor is an Edwin B. Parker Professor of Comparative Law at Columbia Law School. She is an expert in corporate, business, and transactional law, as well as tnternational and comparative law. Her scholarship focuses primarily on corporate governance, money and finance, property rights, and comparative law and legal institutions. Prior to joining Columbia Law School in 2001, she held teaching and research positions at Harvard Law School, the Harvard University Kennedy School of Government and the Max Planck Institute for Foreign and International Law in Hamburg. She has also been a visiting professor at Frankfurt University, New York University Law School, the University of Pennsylvania Law School, Oxford University, and the London School of Economics. She is a research associate with the Centre for Economic Policy Research. In addition to having been an investigator of the Global Finance and Law Initiative from 2011-2013, she was also a member of its board of board of directors from 2011-2014 and of the Berlin-Brandenburg Academy of Sciences. She has written or co-written nine books, most recently, The Code of Capital: How the Law Creates Wealth and Inequality, which was published in 2019 and named one of the year’s best books by the Financial Times and Business Insider. She is a prolific writer of articles that have been published in several legal and social science journals. Her most recent essay, “From Territorial to Monetary Sovereignty,” was published by the Journal on Theoretical Inquiries in Law in 2017. She has also served on the editorial boards of several reputable publications, including the Journal of Institutional Economics and the European Business Organization Law Review.

Watch Law in the Time of COVID-19