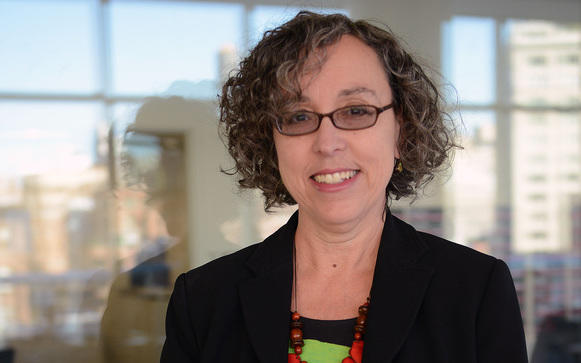 “ Do we really want to say a person is reduced to their immigration status? ”

Lenni Benson is a professor at New York Law School and serves as the director of the NYLS Safe Passage Project.  The Project recruits, trains, and mentors lawyers and student colunteers who are willing to represent immigrant youth and has won state and national awards for its promotion and support of pro bono work.  She also teaches a clinic of advanced students who join other Safe Passage volunteers to screen immigrant youth at the New York Immigration Court each week.  From 2012 to 2015, she was the Chair of the Immigration and Nationality Law Committee for the Association of the Bar of the City of New York.  In 2011-2012, she served as a consultant/researcher for the Administrative Conference of the United States.  She is the past chair of the AALS Immigration Law Section and past immigration committee chair for the ABA Section on Administrative Law and Regulatory Practice. Prior to joining academia, she practiced immigration law as a partner in the Los Angeles office of Bryan Cave, LLP.